It has been a few weeks since I started the Lily Pond blanket and I thought I would give an update on how it is going. So far I have been able to keep up! Here are the blocks I have finished :)

Block #1- Stripes and Waves (pattern was released on April 7th)

This was an easy block to make even though it looks hard! There are a lot of color changes so it is a good idea to weave in the ends as you go!

Here are my 4 completed Stripes and Waves Blocks. 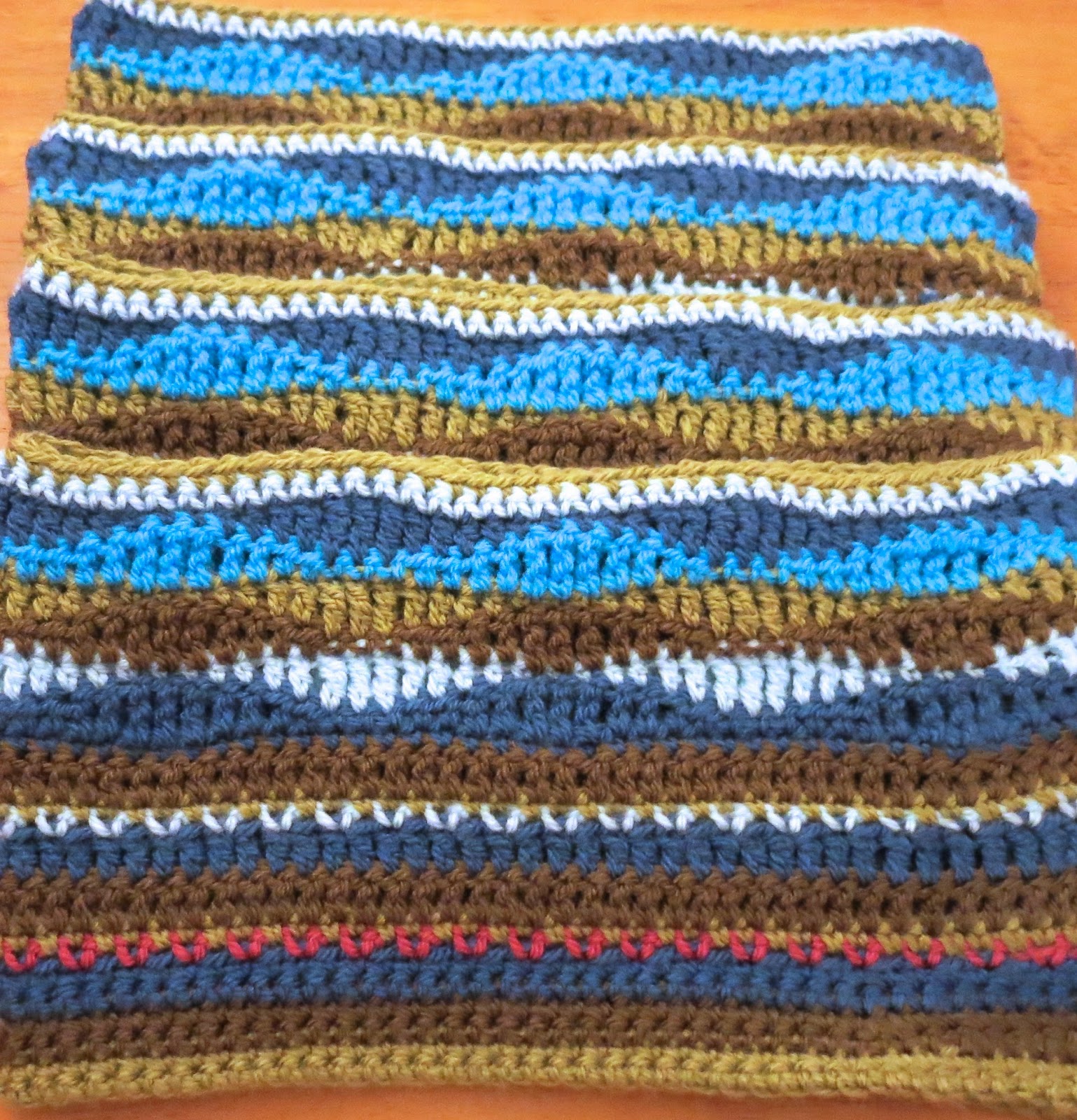 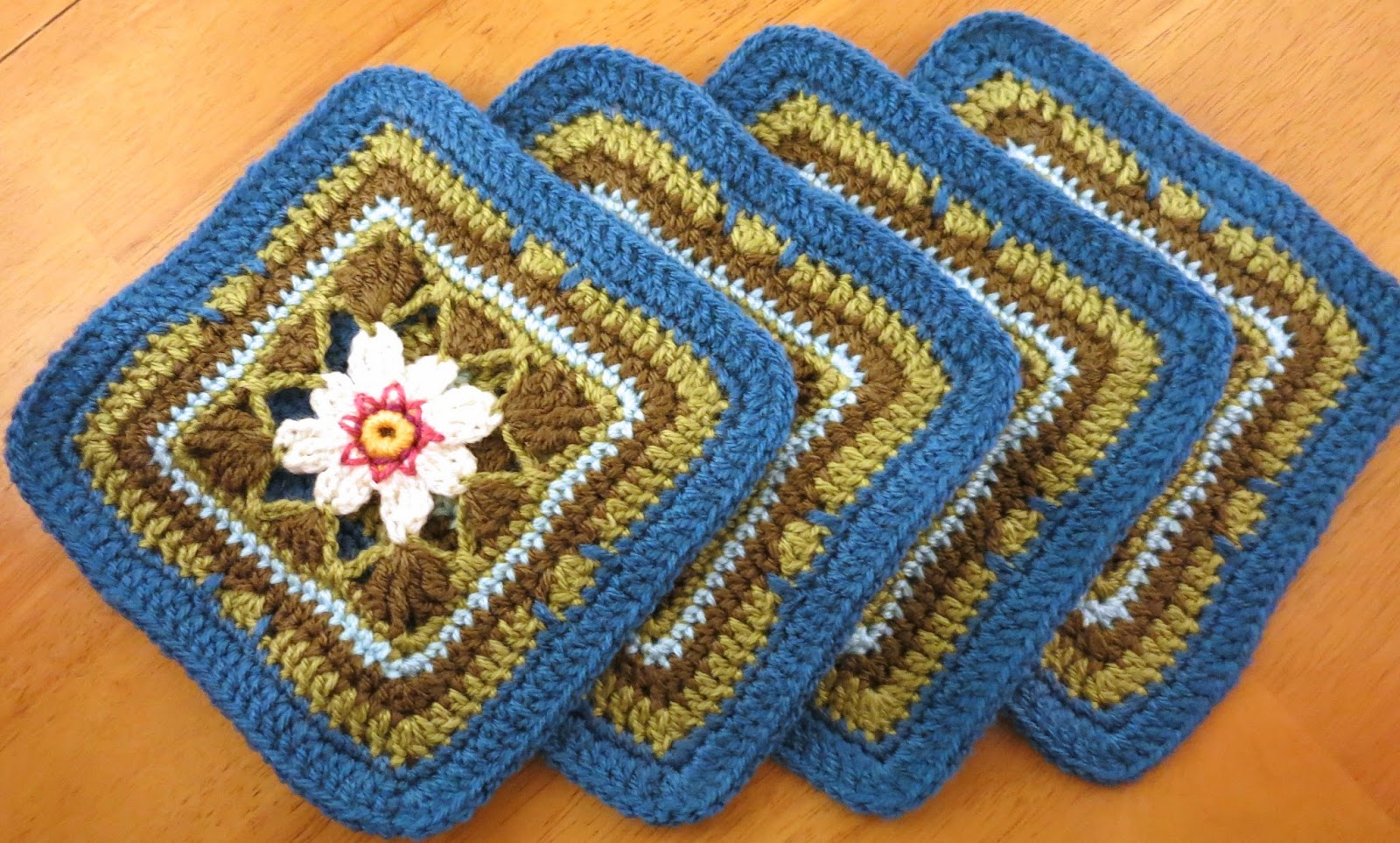 These are like making granny squares, they worked up quick and you only have to make four of these too!

The patterns for this crochet along that were created by Jane Crowfoot, are easy to follow, have a great tutorials for making each block, and are written in three different crochet languages! Check out the free patterns on the Stylecraft yarn website here. There is still time for you to join in!

I hope you have a great week!
Crochet on,
Da
Posted by Da's Crochet Connection at 6:28 PM

Email ThisBlogThis!Share to TwitterShare to FacebookShare to Pinterest
Labels: LilyPondBlanket