A month ago we moved the furniture around in the house and it has made a big difference!  We moved the television room to the front of the house (where we had a sitting area that was rarely used) and the sitting room off the kitchen/dining area where everyone likes to gather. Moving the television out of the area near the kitchen has really made the house more peaceful, you can now have a conservation without the television blasting. Of course with the changing of the furniture you need to change around the pictures, pillows, and decorations of the room. So instead of buying new decorations and pillows, I decided to move things around in the house and make new covers for my pillows. 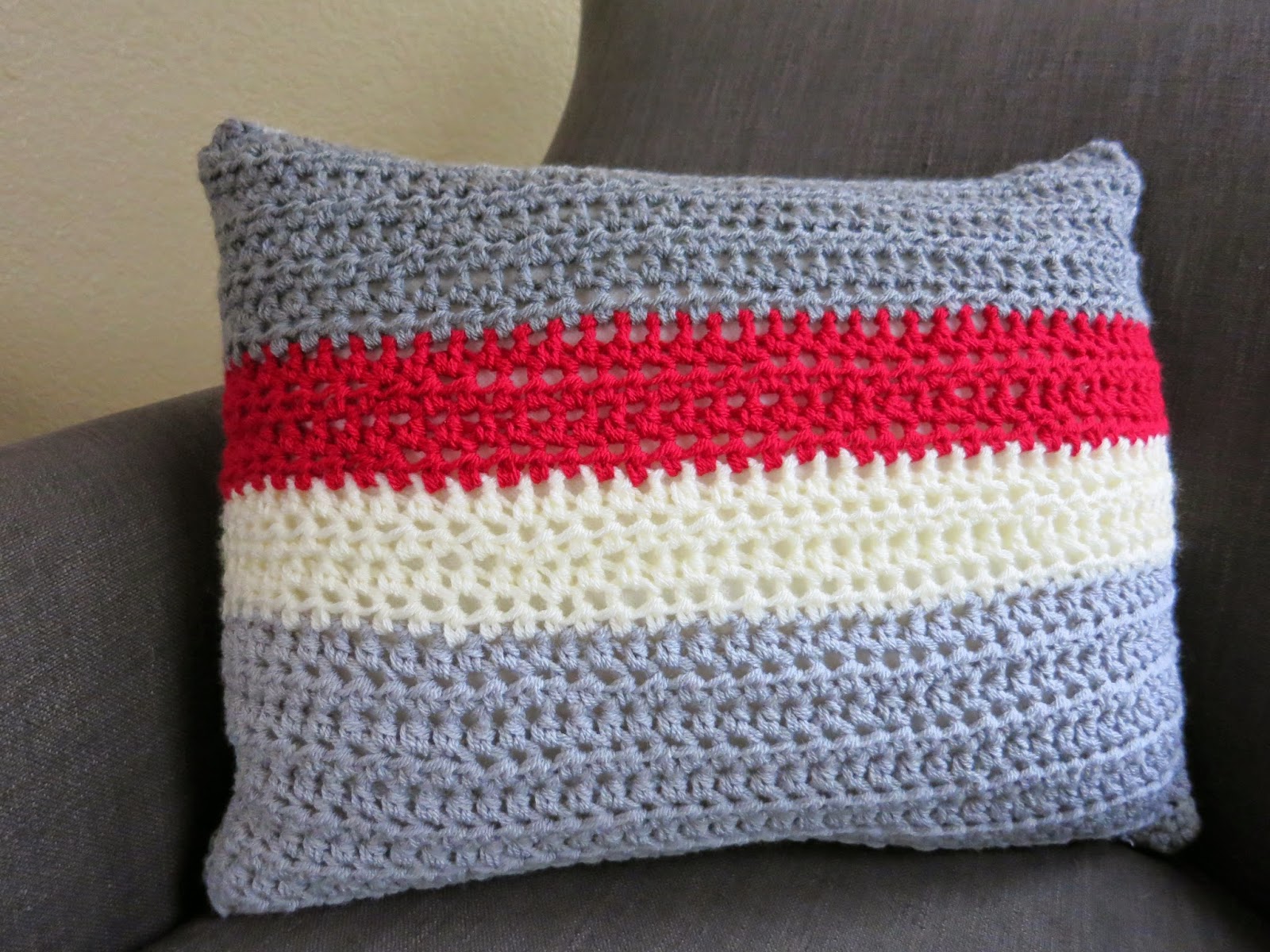 I measured my pillow form and crocheted a striped panel. To cover the pillow, fold the panel in half and sew up the sides. Once the sides are sewn and the crochet panel is like a pocket, put the pillow form into the pocket and sew the top closed, weave in ends and enjoy! It looks like a cuddly sweater. 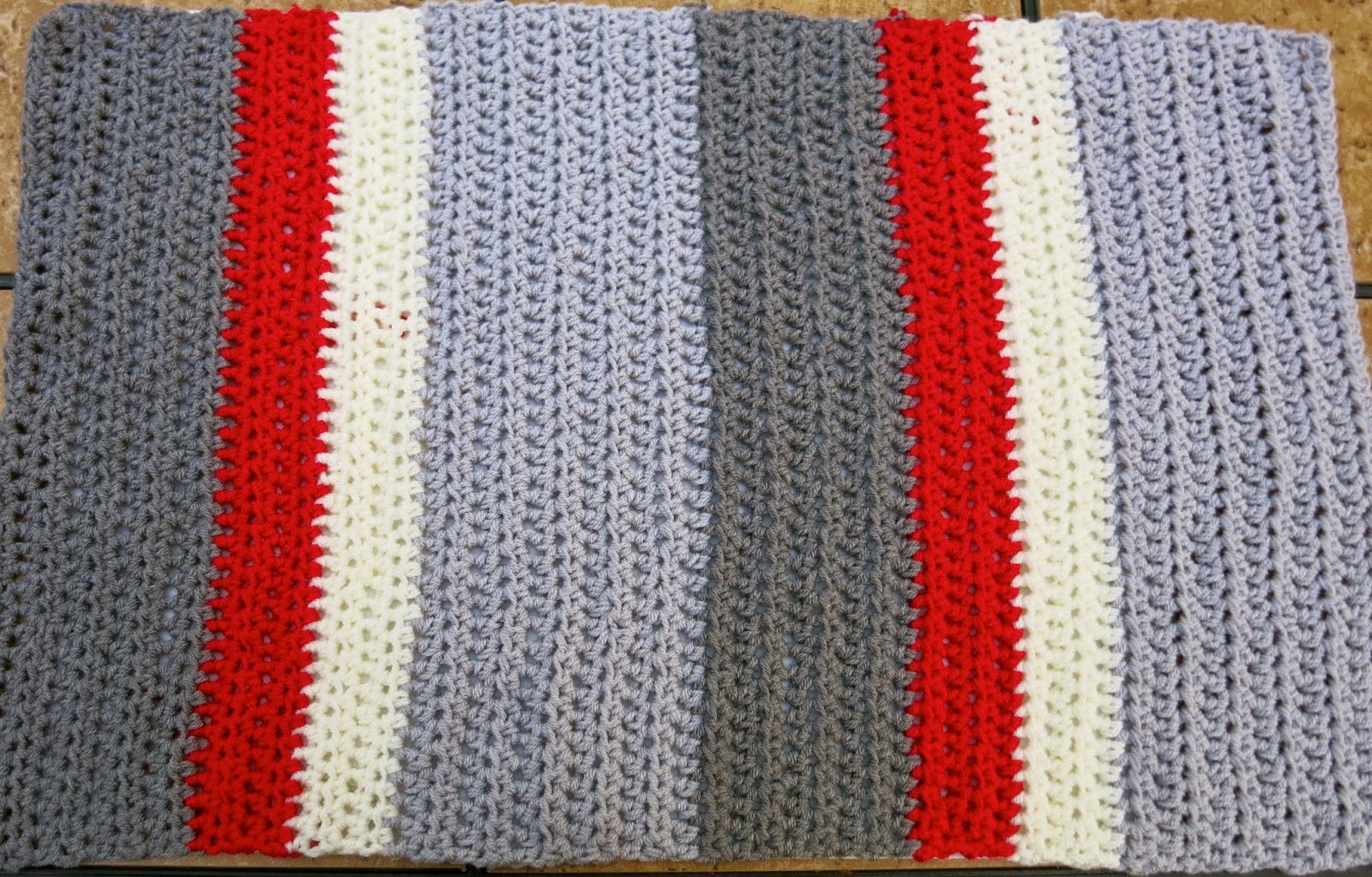 This is the same pillow just turned around! Two pillows in one! 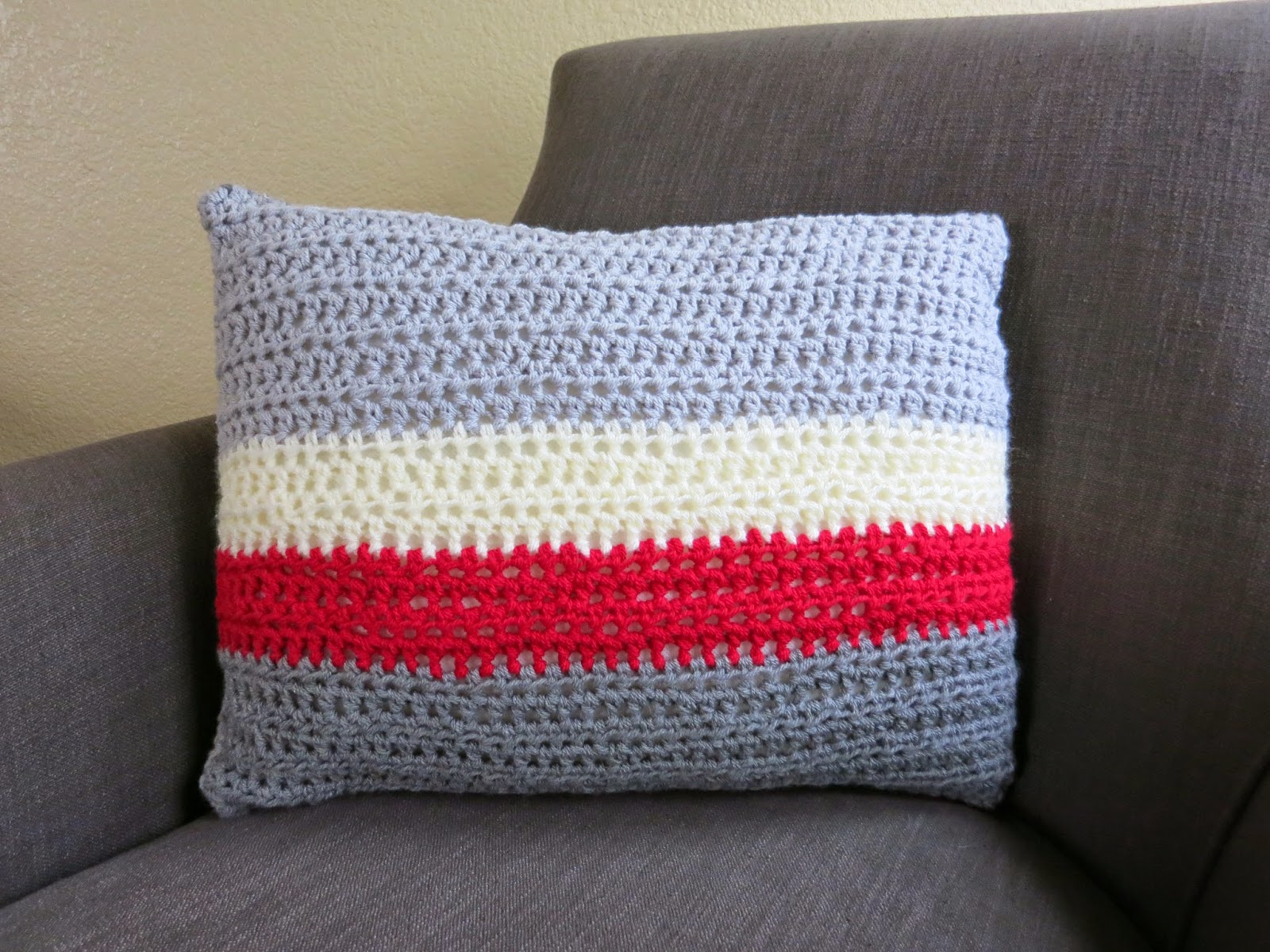 I have another pillow to cover for this room and I will will be using the same pattern and a few different colors of yarn!

Have a great week!
crochet on,
Da
Posted by Da's Crochet Connection at 7:56 PM

Email ThisBlogThis!Share to TwitterShare to FacebookShare to Pinterest
Labels: OneStitchPillowCover