The time has come for the Lily Pond Blanket update, we are in the home stretch, after this week there are only two more blocks to complete before the blanket will be ready to put together and crochet the finishing row! The blocks for this month are: 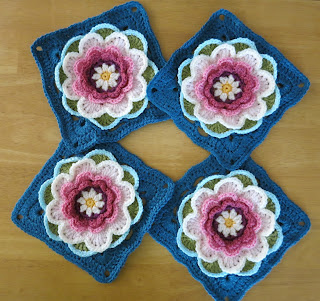 This block is like a big flower block that gives the illusion that the lilies are floating on the water. 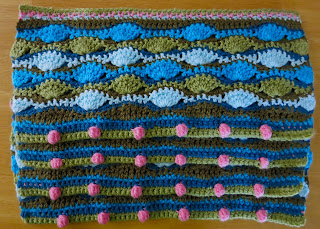 This is the third wave pattern block, it is similar to the bobbles and pinwheel block #4, but a little easier to crochet.

The patterns for this crochet along that were created by Jane Crowfoot, are easy to follow, have a great tutorials for making each block, and are written in three different crochet languages! Check out the free Lily Pond Blanket  pattern on the Stylecraft yarn website.  There is still time for you to join in!

Have a great week!
Crochet on,
Da
Posted by Da's Crochet Connection at 2:14 PM

Email ThisBlogThis!Share to TwitterShare to FacebookShare to Pinterest
Labels: LilyPondBlanket