Wink and Mandalas for Marinke

I would like to take this time to say goodbye to someone who has inspired many people in the crochet community. I have been following Wink's blog a creative being since 2012, I was saddened to hear that she passed away this weekend, when her depression overcame her. I will miss visiting her blog because she inspired me with her fresh new designs and made me look at crochet in a new way. Wink has been known for her beautiful Mandalas that have been featured on blogs and in crochet magazines around the world.


There has been a memorial set up by her loved ones called winkmuchloved, where you can stop by to leave a comment or prayer.

Crochet Concupiscence has set up the #MandalasForMarinke project, this is a crochet project in memory of Wink and to raise awareness of Depression. Visit the link above to get information about the project and other ideas on how to honor Wink. 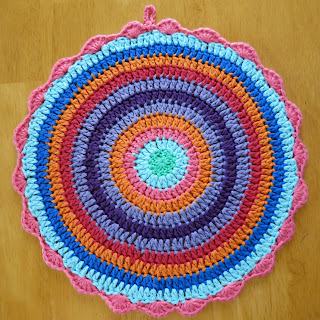 I will always think of Wink as the crochet mandala queen!
Da
Posted by Da's Crochet Connection at 10:28 PM